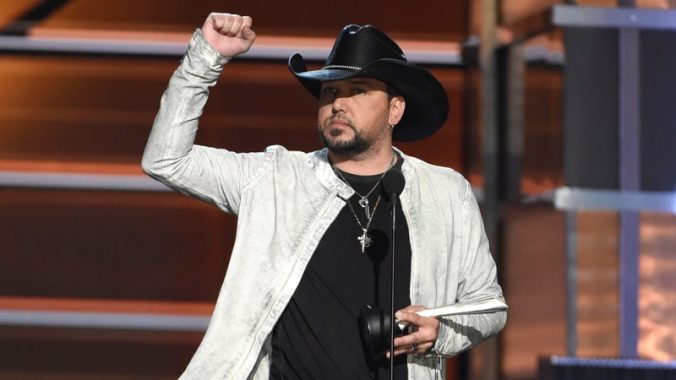 Country Music returned to Las Vegas for the first time since the tragic events of the 1st October last year. Aldean opened the 53rd Academy of Country Music awards along with Miranda Lambert, Maren Morris, Thomas Rhett and Luke Bryan.

Aldean who was on stage in October when the gunfire started up killing 58 people and wounded hundreds more last night joined with country music saying “For those of us who have experienced tragedy and unexpected loss, music helps us remember what really matters in life.”

After this Reba got us under way  with jokes that poked fun at past host duos Luke Bryan and Dierks Bentley and Bryan and Blake Shelton: “I guess they finally figured out it only takes one woman to do the job of two men.”

Reba appears at ACM’s in ‘that red dress’