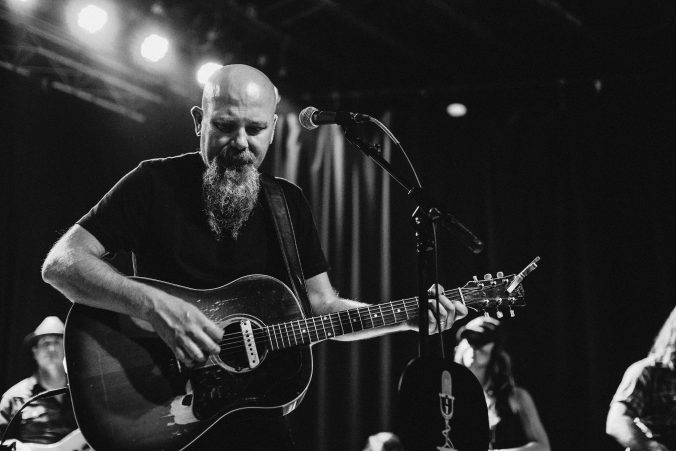 Main acts are what draws the crowd to any event, from stadium and arena tours, to the smaller intimate gigs. One thing that they all have in common is that these event use support acts, or openers, Acts that fill the time and warm up the crowd until the big guys are due on! Sometimes all you want is to get past the support to the main item, but sometimes, the support act can really surprise you, leaving you wanting more…and I think Kendell Marvell will do just this when he appears prior to the Brothers Osborne, opening their gigs during their UK and Ireland tour.

Openers use their time to showcase their talents and to establish a fan base, with the aim of growing their career and Marvel should have no problem doing this. His performances come ahead of his debut album. The already award-winning songwriter will release his debut album LOWDOWN & LONESOME on May 18th via Snakefarm Records.

LOWDOWN & LONESOME is a riff-led, gritty outlaw country/ rock ‘n’ roll album that tells a story of love and heartbreak, the low points in between. Produced by Keith Gattis and featuring an all-star band, with guest appearances from Jamey Johnson and Randy Houser, the true stars of the album are the songs themselves…

Says Kendell: “I’m really looking forward to the release of my debut record, ‘Lowdown & Lonesome’, in the UK. It was produced by Keith Gattis, former guitar player with Dwight Yoakam, and I like to refer to it as ZZ Top meets Merle Haggard. I’m also looking forward to my first trip across the pond to be the support for the Brothers Osborne tour. I was lucky enough to meet the Brothers before they were recording artists, and even more lucky to be involved with a few of the songs on their new record, ‘Port Saint Joe’.”

It's here! Thanks to everyone who helped make this happen. Been a hell of a ride & I couldn't be more excited. https://t.co/zNYQn5x6n1 pic.twitter.com/4lGw6fuGqg

The Illinois native first moved to Music City back in 1998 intent on pursuing a music career. On his first day working in the city, he wrote ‘Right Where I Need To Be’ – a huge Top 5 hit for country music singer Gary Allan. Putting dreams of being an artist on the back-burner, the now-experienced songwriter continued to build his career and reputation, penning hits for and with famed artists such as George Strait, Jake Owen, Blake Shelton and Chris Stapleton. Now – 20 years down the line – MARVEL is thriving as a singer/songwriter in his own right.

In Nashville, MARVEL hosts his monthly ‘Honky Tonk Experience’ – an event at the city’s famed venue Exit/In, where he invites fans to an evening where he can showcase songs off the album, as well as his own brand of outlaw country rock. Quickly becoming one of the hottest tickets in town, no two shows are ever the same thanks to a wide range of guest appearances from the likes of Alison Krauss, Foo Fighters, The Black Crowes and Brothers Osborne.

Looking ahead and closer to home, MARVEL will make his first trip to the UK next month, joining Brothers Osborne as Special Guest on their upcoming tour.

May 4 – The Academy, Dublin

May 8 – Concorde 2, Brighton SOLD OUT

May 9 – O2 Academy, Birmingham SOLD OUT