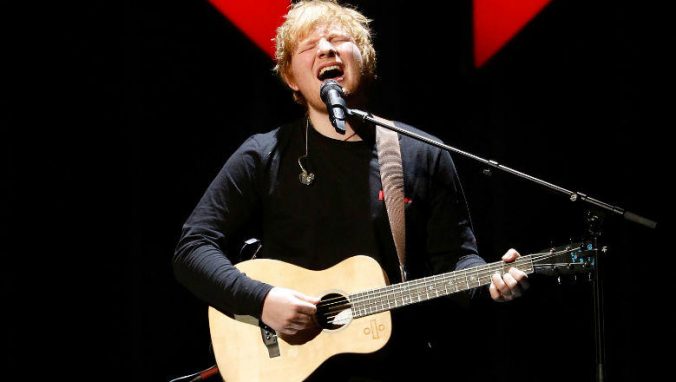 It’s cool to be Country – Sheeran drops into Bluebird Cafe

While the world’s top musicians attended the American Music Awards on Tuesday in Los Angeles, one name was missing from the RSVP list — Ed Sheeran’s.

Instead of attending the ceremony, he opted for a songwriter’s round at the sacred Nashville music venue, the Bluebird Café. The night highlighted acoustic performances by “Thinking Out Loud” co-writer Amy Wadge, Devin Dawson, David Hodges and Jillian Jacqueline, a member of CMT Next Women of Country.

Celebrities always seem to blend in discreetly with locals and tourists whenever they’re in Nashville. And that was the case for Sheeran because no one noticed him sitting at a table in a far corner until he stood up to perform the last song, “Thinking Out Loud” with Wadge.

For all who were there, it was a totally original Nashville night.

Sheeran brought his world tour to Nashville on Saturday. He was a front-runner at the AMAs with six nominations including a nod for the night’s top honor for artist of the year. The honor went to his friend, Taylor Swift.