Since releasing his debut album. ‘Gravity‘ in April, Ben Troy has gained immense popularity within the Irish country music scene. We caught up with the 18 year old Monaghan lad to ask him about his experience so far, and his hopes for the next year!

At only 18, you have already released your debut album, ‘Gravity’. Did you enjoy making the first album?

We had great fun recording the album, which we did all the way over in Nashville! It was always a dream of mine to record an album in the home of country music so that made the experience that bit more sweet!

What are some of the challenges with making a debut album?

I suppose choosing the songs took up most of the time, we were planning the album for around 7/8 months before we got into the studio! 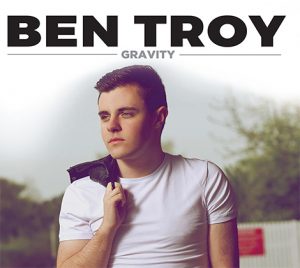 There are 4 original songs on the album also so writing songs to suit myself and the theme of the album was challenging but a very rewarding challenge!

What would be your favourite track off this record?

My favourite song would be a song called ‘Three wooden crosses’. A Randy Travis classic is probably my favourite country song! I feel it tells a story like no other, and it draws the listener into the story too! Just an awesome song and one I love to sing!

Have you been pleased with how it has been received?

Yeah I’m absolutely delighted how the album turned out and how much people are enjoying it! I was so excited to just get it out there and to hear what the audience had to say about it! Thankfully the response has been great!

As a multi-instrumentalist who has won Ulster championship and All-Ireland medals, how has this increased your confidence as a performer?

I would always encourage people to learn an instrument to help with their confidence, weather it’s standing in front of a mirror in your bedroom to singing in front of thousands of people the instrument will always help you out! It made me more confident to go on stage with a guitar around my shoulder than without! As well as that the guitar is always there. Whether you’re confident or not, it’ll never say no!

Has Derek Ryan become a major influence for how you operate as a performer, as well as within your own music?

Yes of course, ever since I started out doing Derek’s concerts i have learned so much from him! How he talks over the microphone, how he interacts with the audience, he is just a master of all these things so to be learning from someone like him is amazing!

What did you enjoy most about supporting Derek Ryan during his recent UK tour?

I enjoy the UK tours so much, it’s such a good environment to me in! Waking up every day travelling to the venues, setting up all the gear, meeting new people, 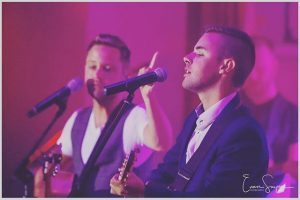 I just love every aspect of touring!

What are your plans for the next year? Any festivals or gigs that country music fans should look out for?

In the next year I’ll continue to support Derek on all his concerts, I’ll be travelling back to Nashville in October and hopefully start working on the next album! I’m very excited to see what the future holds and I’d like to thank everybody who have believed in me and supported me in the last few years!

Pick up ‘Gravity‘ at Sharpe Music now! You won’t regret it!