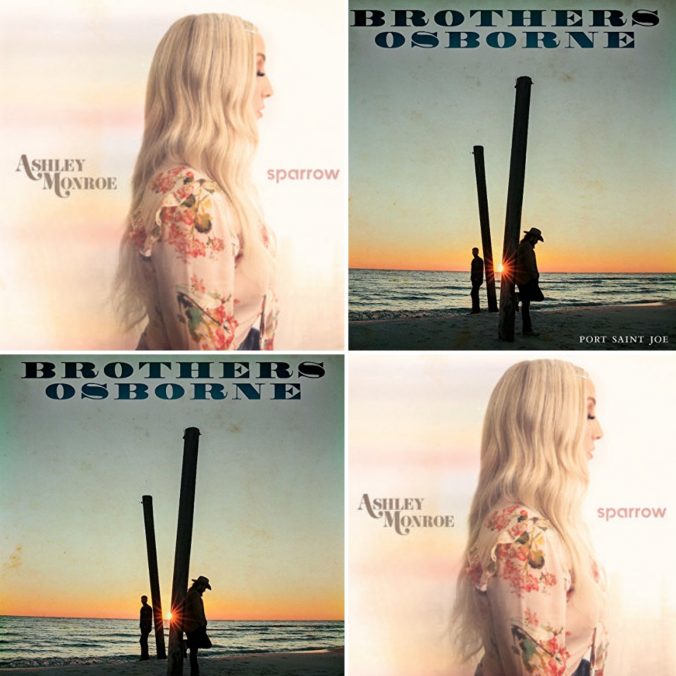 Ashley Monroe’s “Sparrow” and Brothers Osborne’s “Port Saint Joe” are out now! Two of the most anticipated albums of 2018 so far, and certainly not to be missed! We take a look at both below!

Ashley Monroe has finally released her long-awaited fourth album “Sparrow”, and what a cracker it is! Dealing with past heartbreak, grief and trauma, this album is an amazing collection of songs. Produced by Dave Cobb, and featuring lead single “Hands on You”, this album lives up to its anticipation in every way. The opening number “Orphan” sets the mood for the rest of the album, with other stand out tracks including “Wild Love”, “Daddy I Told You” and “Keys to the Kingdom”. Make sure you get a listen to this beautiful ensemble of music!

A very different album, but as highly anticipated, Brothers Osborne’s “Port Saint Joe” is certainly 38 minutes of pure country-rock bliss, with the air of down-home, beach-side vibes! The country brothers have grown in success over the last few years, winning ACMs and CMAs. However, this success has certainly not went to their heads with this stellar album! Featuring already released favourites “Shoot Me Straight” and “Pushin’ Up Daisies (Love Alive)”, other highlights include “Weed, Whiskey and Willie”, as well as “Tequila Again”.

Brothers Osborne will be taking their new collection of songs to their gig at Belfast’s Limelight – May 5th! Make sure to get to this show – not to be missed!