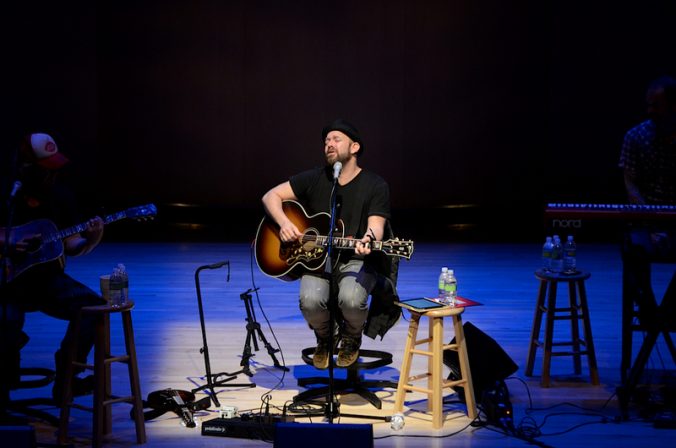 Last week we have the wonderful privilege of catching up with Kristian Bush ahead of this Sunday’s gig in the Ulster Hall, Belfast.

Born in Knoxville, Tennessee, Bush was rooted in music from a very early age as we discuss during the interview. Bush was raised outside of Knoxville in Sevierville, Tennessee, a small town at the base of the Smoky Mountains that was also the hometown of Dolly Parton. He was exposed to instruments from an early age, and picked up his first violin at the age of four years. During these early years, Bush, alongside younger brother Brandon, made his musical debut at the local Bush Beans Jamboree performing as Parton’s opening act.

His biggest accolade to date was winning two Grammy awards with Sugarland in 2009. The duo consisting of Bush and Jennifer Nettles were awarded Best Country Performance by a Duo or Group and Best Country Song for ‘Stay’. They’ve also picked up many CMA and ACM awards as a duo, and specifically as well in their solo careers.

Here I chat to Bush about his influences, his work as a songwriter and producer and his pending trip to Belfast.

There are still a limited amount of tickets avaliable for Kristian Bush in Concert at the Ulster Hall this Sunday 29 April: 8pm.

It’s part of a series of events marking Belfast’s close relationship with it’s sister city Nashville. A jam-packed programme of events taking place across the city from 28 April to 6 May.For a full list of gigs and events see the Belfast City Council website!

WIN // Jamboree in The Park