Margo Price – Three Night Sell Out Spectacular at The Ryman

Dressed in a tailored black suit by Manuel (Legendary Nashville Country Costume designer), Margo Price held her own at Nashville’s Ryman Auditorium last Wednesday night (May 23) for the grand finale of her sold-out, three-night stand at the historic music venue.

Thanks @manuelcouture & @_tylerkenneth for the amazing black suit I wore for night 3 at @theryman ??????& @elizabethnesmith for the sequin dress! What a way to celebrate moving to Nashville 15 years ago… sometime it pays to be stubborn as hell ? photos by @chrisphelps

Quite the performer Price lit up the stage playing drums, guitars and keys,  throughout the two-hour show in an electric display of the musicianship she’s honed over her 15 years in Music City since coming to pursue music. There were also quieter moments when her lyrics focused on important issues her fans face every day balanced the psychedelic live arrangements of songs from her Memphis-made albums, Midwest Farmer’s Daughter and All American Made.

Joining her on stage were a few guest artists. Country Music Hall of Fame member Emmylou Harris, the artist who headlined the 1992 concert that led to the revitalization of the Ryman, joined Price onstage for the Rodney Crowell original, “Leaving Louisiana in the Broad Day Light.” Sturgill Simpson appeared onstage to sing “Sittin’ Here Without You,” and Loretta Lynn and Conway Twitty’s, “You’re the Reason Our Kids Are Ugly.”

The finale included Dolly Parton’s “9 to 5” and another Crowell original, “Ain’t Living Long Like This” with Simpson, Harris and opener, Colter Wall. 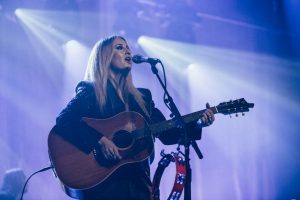 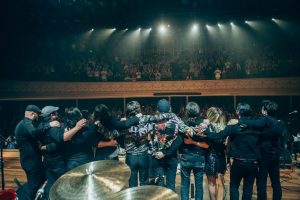 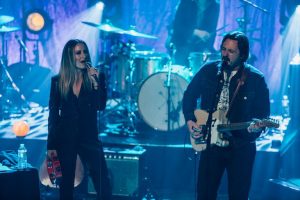 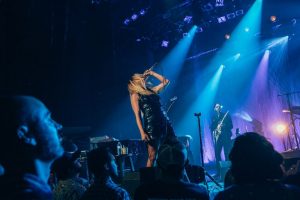