On Monday past (1st October)  the country music community joined Route 91 survivors including Jason Aldean in honoring the 58 victims who lost their lives in the deadliest mass shooting in modern U.S. history a year ago in Las Vegas. Thousands gathered at the Clark County Government Amphitheater for a Sunrise Remembrance Ceremony that hosted a 58-second moment of silence and the release of 58 doves.

On Saturday (29th September) in Orange County, Ca., several survivors attended Aldean’s concert at the Shoreline Amphitheater to complete a concert moment that was stolen from them.

“We got a lot of our Route 91 family here tonight,” Aldean said onstage Saturday. “I feel like we got a little unfinished business to take care of, if you know what I’m saying. I think the last time I saw a lot of you guys we got a little cut off.” 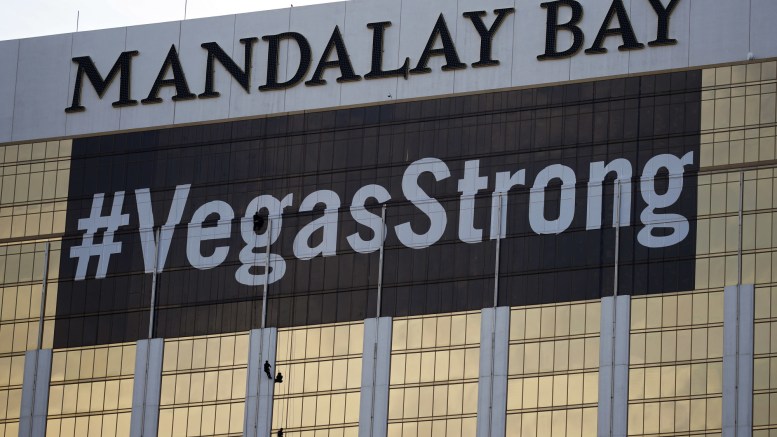 For survivor, Renee Canelo, Aldean’s concert at the Shoreline was her first show since the shooting.

“To come back and be at Jason Aldean’s concert, it’s extremely terrifying for me,” she told ABC News. “But my will to fight on and fight for love and support my other survivors and commemorate the 58 people who lost their lives is so much more important and powerful than any kind of fear … We have a Route 91 family. It’s a bond for life.”

Other artists continue to express their support online.

“Dear Hate, I hate to tell you that love is gonna conquer all…”

Thinking of the fans we lost a year ago. You’ll always be the 3 chords and the truth. #Route91 pic.twitter.com/14PSHmgXVn