Co-written with J.T. Harding, and produced with Bobby Hamrick, “A Road and A Radio” is a rocking country ode to the open road and the music that has long been its soundtrack. Charles performed it last night with the same group of Nashville musicians who he recorded it with in the studio. Fans can find the new single on all platforms next Friday (October 11th 2019). 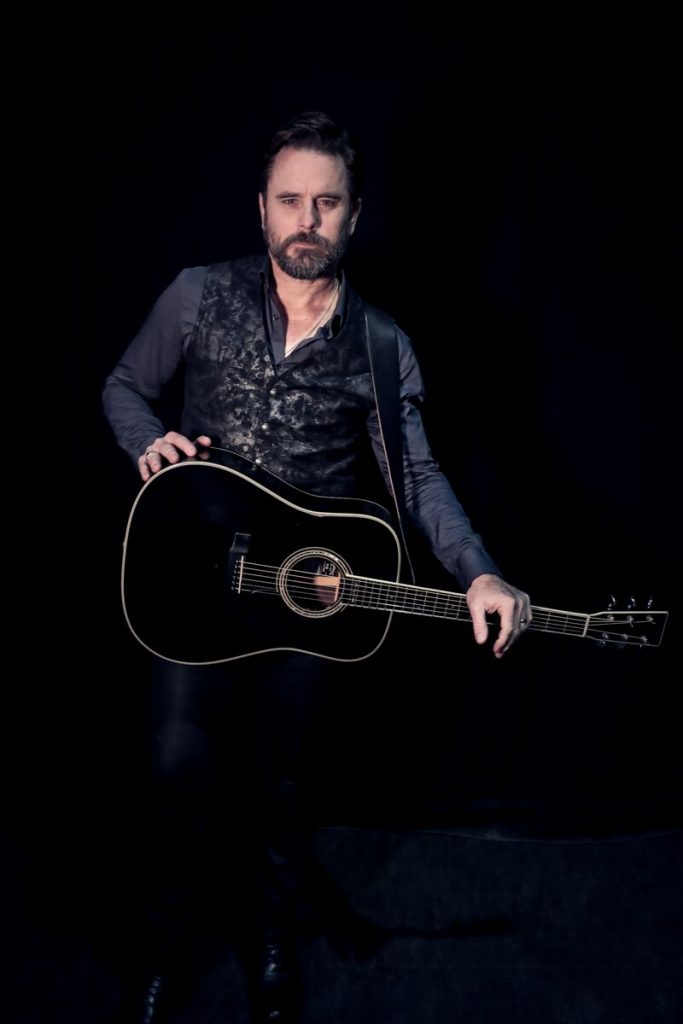 Later this month, Charles returns to the UK for a headline tour which will finish up on October 27th at the Royal Albert Hall, the final show of this year’s Country Music Week in London. Following a sold-out run of acoustic shows earlier in the year, this time he’s excited to be bringing a full band with him for the first time, fronted by Nashville musical director and guitarist, Colin Linden. Chart-climbing UK-based Country trio The Adelaides will return as his openers.

On November 1st, Charles — the National Honorary Spokesman for the LLS (Leukemia & Lymphoma Society)’s Light The Night campaign — will host the inaugural “Writers & Lighters” event at Analog at the Hutton in Nashville, TN, with all proceeds going to benefit LLS (tickets here). The intimate “songwriters in the round” will follow the Light The Night Walk at Nissan Stadium, with doors at 8:00pm that evening.

Regarding his new single, Charles says, “The freedom and spirit-regenerating power of being on the open road with the person and the music you love isn’t just a piece of American mythology. It’s real. This song attempts to capture a little bit of that. It would be nice to think that maybe when somebody out there, in an attempt to get away from it all, decides to get ‘a song turned up’ and ‘a ragtop down,’ this just might be one of the songs they turn up.”

ABOUT CHARLES ESTEN:
Since his theatrical debut in London playing Buddy Holly, Pennsylvania-born singer/songwriter and actor Charles Esten – best known for his role as Deacon Claybourne in the global hit show Nashville – has gone on to perform on Whose Line Is It Anyway?, as well as in multiple film & TV appearances including ER, NYPD Blue and The Office (U.S.). Over the last few years he has performed hundreds of live concerts, including multiple performances at the O2 Arena, sold-out Nashville In Concert tours – captured in the concert film of the same name – including three shows at Royal Albert Hall, where he is due to return in October 2019 for his own full band headline date following a sold-out solo acoustic tour in January.

In his adopted hometown of Nashville, he has performed at CMA Fest, the Bluebird Café, The Ryman Auditorium, and frequently at the Grand Ole Opry where, in July 2018, he celebrated his 100th appearance. Along with his live performances, acting work and commitment to good causes – Charles serves as the National Honorary Spokesperson for the Light The Night Walk in aid of the Leukemia & Lymphoma Society – he continues to write and record his own music with over 8 million streams to date, earning a Guinness World Record for releasing 54 original songs (available on iTunes, and on Spotify) once a week, for 54 consecutive weeks. Additionally, he will soon be appearing in two new television roles, on TNT’s Tell Me Your Secrets, and Netflix’s forthcoming series Outer Banks.