Nashville duo Haley & Michaels have today announced that they will be hosting a Netflix Party with Amberley Snyder, to join fans for an online viewing of the 2019 film inspired by her inspirational story, ‘Walk, Ride, Rodeo’, on Thursday June 25th at 7pm BST / 1pm CST. To get involved, download the Netflix Party extension for Chrome and follow the duo on social media (Instagram / Facebook / Twitter) to get the link on the day.

Following the movie, Haley & Michaels will go live on Instagram to host an interview and Q&A with Snyder, and will additionally be unveiling and releasing a special limited edition piece of merchandise called “The Hail Mary” by renowned sports artist Ben Teeter, inspired by Amberley’s story and the movie.

The film marked the first time fans got to hear ‘Hail Mary’, when the uplifting track was featured in the film’s trailer and its original soundtrack. The song has since been streamed millions of times across the world, and has recently been played on some of the UK’s biggest national radio stations, including BBC Radio 2, Country Hits Radio, and Chris Country. Bob Harris praised Haley & Michaels following multiple plays on his country show, saying “This is a great tune… They’re so good. Passion in a song”. 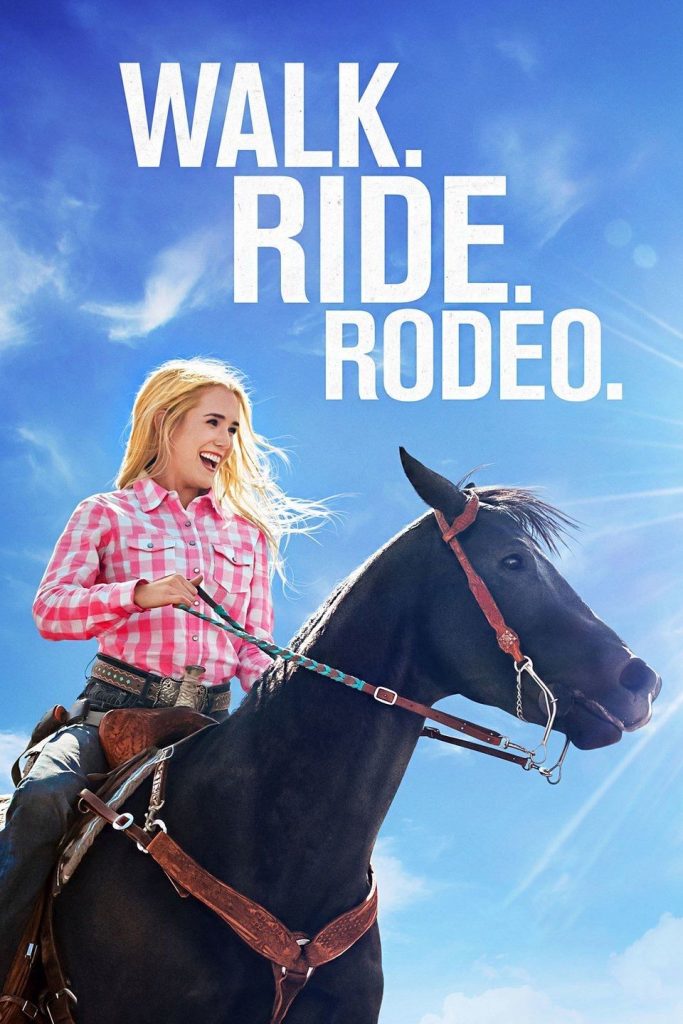 ‘Walk, Ride, Rodeo’ tells the true story of championship rodeo barrel racer Amberley Snyder who defied the odds, returning to the sport after barely surviving a car crash that left her paralysed.

ABOUT HALEY & MICHAELS:
Named one of Rolling Stone’s “Artists You Need to Know” and featured as an “Undeniable Artist of 2019” by radio personality Ty Bentli, Nashville-based country duo Haley & Michaels are known for their strong, blended vocal harmonies and their relatable lyrics. Capturing the vision of both Shannon Haley and Ryan Michaels, they sharpen a fresh, arena-size sound and embody what it means to be a pure duo on stage and off.

Introduced by a mutual friend in Nashville, the two musicians unassumingly met up for coffee and bonded over their lifelong passions for country music, discovering that they grew up just three miles apart from one another. Carving out a style of their own, the pair breathed new life into country with stadium size spark and powerful pop palatability, striking a chord immediately with audiences everywhere.

Following their emergence with the breakout single “Giving It All (To You),” the independent pair has generated over 40 million online streams in addition to landing on marquee Spotify playlists such as New Music Friday, New Boots and Wild Country. Along the way, they have performed three times on NBC’s “TODAY”, earning a fan in Hoda Kotb, and have shared the stage with the likes of Entertainer Of The Year Jason Aldean, Dan + Shay, Sam Hunt, Chris Young and Old Dominion.

After signing to Sony/ATV’s label imprint, Hickory Records, they dove headfirst into creating their first full-length studio album, titled “Hail Mary”. Following the title track’s original debut in the Netflix film Walk. Ride. Rodeo, the song was picked up by the duo’s hometown San Francisco 49ers with a music video directed and produced by the team leading to a Monday Night Football halftime performance in October at Levi’s Stadium.

The duo finished 2019 as the most added country artists on Billboard and they are on the rise with recent features in TIME, The New York Times, Washington Post and USA Today.

ABOUT AMBERLEY SNYDER:
Amberley Snyder was born in January of 1991 in southern California. At the age of three, Amberley began riding lessons and developed and unyielding passion for horses. Her family moved to Utah in 1998, where Amberley began her rodeo career. Amberley was raised in a competitive family with five siblings. Each took a dedicated route to their sports including gymnastics, baseball, and rodeo. By her senior year in 2009, Amberley had qualified for the National High School Finals and won the National Little Britches Rodeo Association All-Around Cowgirl World Championship. Amberley was also active in the FFA during her adolescent years, and in 2009 was elected the Utah FFA State President. She gives credit to this organization for beginning her career in motivational speaking. On January 10th, 2010, Amberley was on her way to the Denver Stock Show and Rodeo. During her drive, she looked down at her map causing her vehicle to fade. In an effort to regain her lane, Amberley overcorrected. She was ejected and slammed into a fence post that broke her back and she immediately lost feeling in both of her legs. The prognosis was she would never regain use or feeling below her waist. Amberley made three goals on the first day of therapy; Walk, Ride, Rodeo. 18 months after her accident, Amberley returned to the arena. She now competes as a member of the Women’s Professional Rodeo Association. Amberley has been recognized in the both the Cowboy and Cowgirl Hall of Fames. Amberley continued to pursue her education obtaining her Bachelor’s degree in Agricultural Education and Master’s Degree in School Counseling. Amberley has let the challenges she faces refine her, not define her. She is a motivational speaker, social media icon, coach, mentor and hero to those she meets along her journey. Amberley can be found at http://www.amberleysnyder.org/amberleysnyder/