Premiered exclusively last week on CMT, Aaron Watson fans can now check out the video for his current single ‘Run Wild Horses’ here, ahead of his forthcoming run of UK shows this September and a much-anticipated festival debut at The Long Road alongside Carrie Underwood, The Shires and more. The real life love story, featuring his wife of 15 years, Kimberly (@MrsAaronWatson) as she makes her music video debut, and directed by Benjamin Ranzinger, was filmed in the Watsons’ hometown of Buffalo Gap, Texas (population 468) at one of their favourite spots, the Perini Ranch and inspired by the song’s lyrics:

END_OF_DOCUMENT_TOKEN_TO_BE_REPLACED 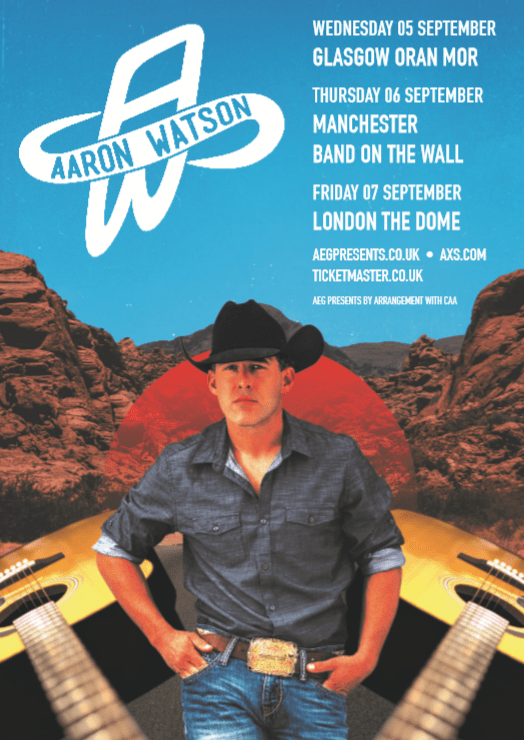