Hailing from Co Tyrone, homegrown talent Cliona Hagan is taking the Irish country scene by storm! Within her first year, she has already released a chart-topping album as well as several singles. We caught up with the star ahead of a new album release, summer festivals and appearances in the USA!

Was country music where you always wanted to head towards musically?

I wasn’t sure which direction I wanted to head with in my life all I  knew was that it had to be something to do with music. After my A-levels I thought the appropriate step for me at the time was to continue to study music which I did and I went on to get my PGDE in secondary education. Throughout my studies I was trained classically but country music is my first love. I have always loved to sing around the house as a child and with each country song having a story I felt a real connection to country music, so I knew that was the direction I wanted to take

After working with both Aidan Quinn and Philomena Begley, you have become well-known on the Irish country scene, despite being a newcomer – have you enjoyed your radical success over the last year?

It is great to work with people like Aidan and Philomena who have been in the country business a long time and I feel blessed as I can call them not only my colleagues but friends. The success over the year I can’t take all the credit for as it has definitely been a combined effort from everyone who works for the ‘Cliona Hagan’ brand, but I have to say it is a year I  never will forget and I want to thank each and every person who has supported us throughout our short journey so far.

Your music seems to be inspired by a mixture of Irish and American country music. Was this the sound that you had planned for your debut album ‘Straight to You’?

The debut album ‘Straight to You‘ was a huge learning curve for me. I truly did not know which ‘sound’ my music would be categorised under, but I have to say I was beyond delighted with the final mixture as I believe we got a happy balance that suits all country genres! I had so much fun experimenting with not only different songs within this album but also my vocal techniques! I have already started my second album and I feel like I have found my ‘Cliona’ sound.

What has it been like to both tour and share the stages with country greats such as Philomena Begley and Nathan Carter?

It has been Truly wonderful to have shared the stage with Philomena and Nathan . To have so many established country acts making contact to book me for their shows or to simply compliment my music is a huge confidence booster. As I’ve said many time the country music scene here within Ireland feels like one big family and I feel beyond humble to have been embraced with open arms.

What do you enjoy most about touring?

What I enjoy most about touring is getting to meet so many wonderful people that I otherwise would not have met! I love chatting to everyone after our gigs and getting to know the people and it’s interesting to hear what part of the country they are from or what they do for a living!! It’s also so cool when you meet people for the first time and they know every word of your songs!

What are your plans for the rest of 2017? Any dances, festivals or concerts fans should look out for?

2017 is jam packed with lots of dances around the country (all found on my website clionahagan.com and all social media sites). 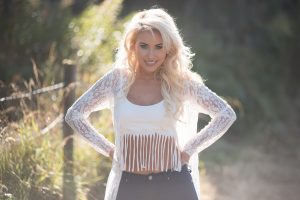 Festivals to look out for this year would have to be the Harvest Festival which is taking place on the 26th and 27th of August in Enniskillen and  Westport ! I was so delighted to have been asked to be part of this huge event which will have all of our own home grown talent and of course country artists from the states!
I have also been asked to sing at Nathan’s Carter in the Costa again this year and The Three Amigos Spanish Tour!
I also am heading to the states this week to perform and back again in November!

You are heading to Nashville in November – what are your plans for this trip?

My plan for Nashville is to learn as much as I can and of course to get up and sing also! I’m really looking forward to watching the Americans sing and to see how the whole scene operates over there. I have always wanted to go to Nashville as a child and now I am  counting down the days to we arrive to the holy grail of country music.

You are currently working on your second album with Sharpe Music – what are you most excited about for this new record?

With this second album I feel like I have a real sense of who I am now and what type of music I like to sing and want to make ! I absolutely love Irish country quick steps so I would love a few more ‘let him go let him tarry‘ on this new album but I also love changing old songs to give them 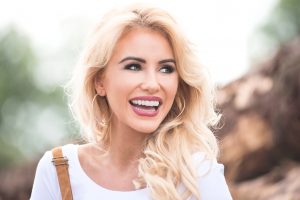 a modern twist!! Never rule out another yodel song LOL definitely going to start looking at original material too.

Make sure to catch Cliona Hagan at a town near you!