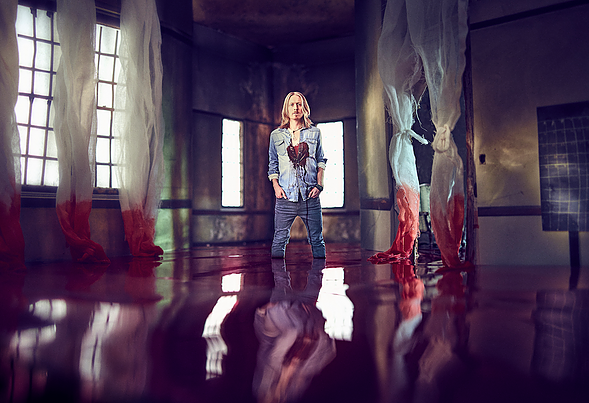 For 15 years, Foster has been performing and doing ‘his time’ in music city – Nashville! After releasing his first full-length album ‘Deep Cuts‘, Foster has set his sights on making it big, not only in the US but over here in the UK and Ireland!

Ahead of his upcoming tour of the UK and Ireland, we caught up with Kenny for a chat!

1. Northern Irish country fans may have only recently heard about you – but you have been doing this a long time – isn’t that right?

Certainly. I moved to Nashville almost 15 years ago. A lot of iterations of my life have been lived out within those city limits, but ‘Stand’ off of my recent release Deep Cuts was the first single even released over to Northern Ireland. What a terrible mistake I’d made before now! The response from your community has been massive, and I hope to make it back to play for you all very soon (when you’re not on Summer holiday!) [Laughs]

2. Do you think your wealth of experience has aided you in your recent successes?

I would surely hope I’ve gotten better at this point! [Laughs] I think having seen so many cycles and iterations of artists and careers coming and going in the place where it really is all happening has been invaluable. I’ve worked in and around the industry in many different capacities, and having some background with the ins-and-outs has certainly played its part in helping the recent successes, sure. But making this record could only have been hard won. It was when I finally shut out all of the expectations and conversions that I could focus in on what I’ve done and who I’ve become and do this well. 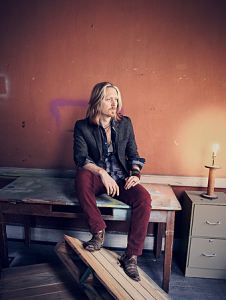 3. Who or what has been the biggest influence on your career as a musician?

Loaded question, that. [laughs] I am the sum of a lot of important musicians from my past. My father raised me on James Taylor, Paul Simon, Jethro Tull. I discovered Garth Brooks at scout camp in Junior High. In High School I gravitated towards bands like Counting Crows, Third Eye Blind, and Dashboard Confessional. And in college I discovered John Mayer and Dave Matthews. Every one of these strong male entertainers who wrote their own songs were highly influential. To live their lives and emotions in public was striking to me. It made me want to become the kind of person who had thoughts and music worth the attention.

But were it not for my wife, I wouldn’t have made it 15 years in Nashville still striving towards this elusive end. She is my muse, my partner in crime, my constant companion.

It is where great songs live. The stories, the emotion, the raw bones of a great craft. It has a great tradition, and while recent sonics in the genre have been moving away from its foundations, I feel as though the history is worth more than just paying lip service to. You should at least consider drawing from their careful and honest legacy.

5. What did you enjoy most during the making of your album ‘Deep Cuts’?

Everything. The process of writing and recording this record was everything I imagined music to be when I was a kid. When I moved to Nashville and sort of saw how the sausage was made, if you will, I was quite disillusioned with the whole thing. It felt almost haphazard rather than the intentional way I’d always imagined the great records I came to love had been made. So to get on after the fact and to write the songs with my friends and people I respected in intimate settings trying to write the best thing we could was so refreshing. 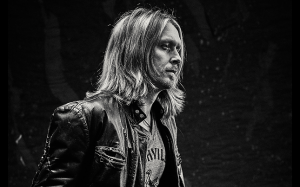 When I went into the studio I had such a gracious producer in Mitch Dane who knew how to bring the art out in me. He allowed me to be an unabashed version of myself, and having known him for 10+ years certainly helped that arrangement to be comfortable and life-giving. Collaborating on the album cover with my long-time friend Rorshak was a dream.

The players that came in to join me in the studio were bringing their own ideas and art to it. Vance Powell’s gracious mastering job after the final mixes made it sound like a rocket ship. Everyone took so much care, and I think it shows in the final project. I enjoyed it so very much. If I could do it again just like this, I would. And hopefully will… [Laughs]

6. What was the most difficult part of the album-making process?

The harrowing work between its completion and getting it into people’s hands. It was burning a hole in my pocket something fierce. I just wanted to throw it out there and let it come back, but the artwork was painstaking, the administrative and PR duties before the release were drawn out and sometimes a bit clinical. But this was all necessary. I just don’t like that part very much. [Laughs]

7. Are there any central themes featured within your album that you want highlighted?

To be honest, I think the record speaks for itself. It’s a journey from top to bottom. We broke our brains on the song order, and the ride that we’d take the listener on. I think you’ll find the central theme is that this is an honest record coming from a good place by a self-assured artist. There’s something about taking that sort of thing in that doesn’t get to be condensed into a sound bite. That’s why I put 12 songs on it. [Laughs]

8. Is there a track that you are specifically proud of on this new record?

They all hit me differently at different times. One of my favorite moments on the record is also in a song that I wrote by myself, Wood & Steel. Hearing what the players did when we got into the studio to compliment my words and melody was other-worldly. The instrumental bridge is probably one of my favorite musical moments on the record. Just pure bliss for me when I’ve shut up and they’re all just driving the point home.

I’m not sure I’m ever relaxed when I blog, but it certainly is therapeutic. Songwriting is such a craft, and you have to think out everything you feel and then find a way to condense it to three and a half minutes, and be catchy, and different, and still on message, and I probably write six pages of prose just to get to where I think I’m ready to write a song about a particular subject. So to write a blog is essentially just writing prose and I get to stop when that part’s over, so there’s something really satisfying in getting to say EVERYTHING that I want to without trimming some fat because it isn’t bridge material, you know? [Laughs]

10. What are you looking forward to most about getting to play in Ireland and the UK?

Seeing the beautiful countryside, interacting with the wonderful people, and seeing what kind of boundaries my particular brand of country music can cross with a culture that is comfortably similar and yet delightfully different from my own. 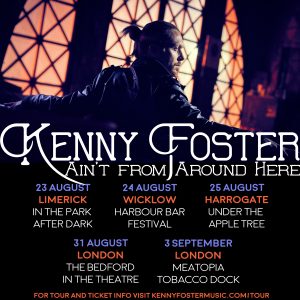