Brothers Osborne recorded much of their new album, Port Saint Joe, in a beach house in Florida, and one of the songs they tracked — “Shoot Me Straight” — was recorded live in front of a bunch of friends who came down to hang out.

“We had just been on the road for months. We had taken a bus from a gig to Port Saint Joe and unloaded our gear off of it, so we were kind of in the mindset of playing like a band and that’s what [producer Jay Joyce] wanted to capture,” says John Osborne. “And ‘Shoot Me Straight’ literally is just us jamming in a room. We had tracked that song a few different times over the two-week course of staying there, and one of the last nights we were there we had some friends all come down from Nashville and we just set up in the room. It was late at night. We had all been drinking and partying a little bit, and he wanted us to get in front of like our friends and jam, and that was the take. He wouldn’t let us fix anything. I’m glad that he didn’t because music these days it’s so perfect. I mean you can go back and fix everything all you want until the cows come home, but this record is a snapshot of just what happened. The four minutes in time — this is what happened and that’s it. And some of our favorite music listening to is that. It’s just a live moment that was captured in time and you can’t really recreate that.”

The reigning ACM and CMA Duo of the Year will perform Saturday (May 5th) at the Limelight in Belfast. Be sure to enter our competition to win tickets! 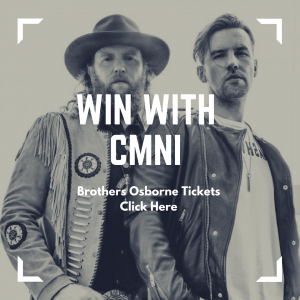