Australian-born, US-based singer-songwriter-actress Clare Bowen, is releasing her debut album in the UK just in time for her first ever headline UK tour. Released on Aug 31st 2018 via BMG, the eponymous album will be preceded by the beautifully crafted single ‘Let It Rain’, which showcases Clare’s striking vocal abilities perfectly and is the album opener. ‘Let It Rain’ was debuted on the legendary Bob Harris’ Radio 2 show yesterday to incredible reactions.

Best known for her leading role as Scarlett O’Connor on the hit TV series NASHVILLE, Clare is a gifted performer, both on screen and in a live arena setting. She returns to the UK just months after selling out the O2 London with her NASHVILLE cast mates, who also sold-out three nights at the Royal Albert Hall last year. Bowen will be releasing her debut album, produced by Brooklyn, NY’s Josh Kaufman, just before her tour kicks off at Symphony Hall, Birmingham on September 2, and tickets are on-sale now. 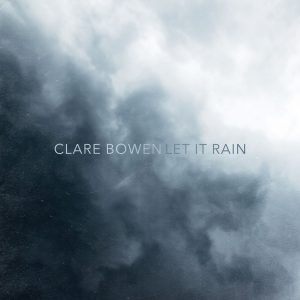 “..The largely balladesque album skillfully combines Country & Folk and captivates with great melodies and a bell-clear voice of the protagonist.” – COUNTRY.DE

Years before launching her career as a singer-song writer, a young Clare Bowen was growing up in rural Australia, miles from the nearest city, writing down everything she felt, heard, saw and dreamed. “Music was my connection to the rest of the world,” she says. “I was brought up on my parents’ vinyl collection – everything from Vivaldi, to Elvis, to Dolly, to Springsteen, Edith Piaf and Etta James.”

Along the way, she established herself as an in-demand actress on both sides of the Atlantic, earning critical praise in the highly controversial Australian film, The Combination, directed by David Field, and as the leading role of Wendla in the Sydney Theatre Company’s musical production of Spring Awakening. Fresh off the set of NASHVILLE after six years of filming, she is happy to take a moment this Autumn to focus on music and promoting her new album which she has been writing and recording for years.

Tickets and VIP upgrades for the UK tour are available at clarebowenofficial.com