Dolly Parton got a Grammy show all her own when she was named MusiCares’ Person of the Year last Friday in Los Angeles.

As the first country artist to receive the award, Parton was honored for her continued philanthropy and support for a number of causes through the Dollywood Foundation and the Imagination Library, the latter of which has provided more than 100 million books to children in the U.S., Canada, Australia and the U.K. 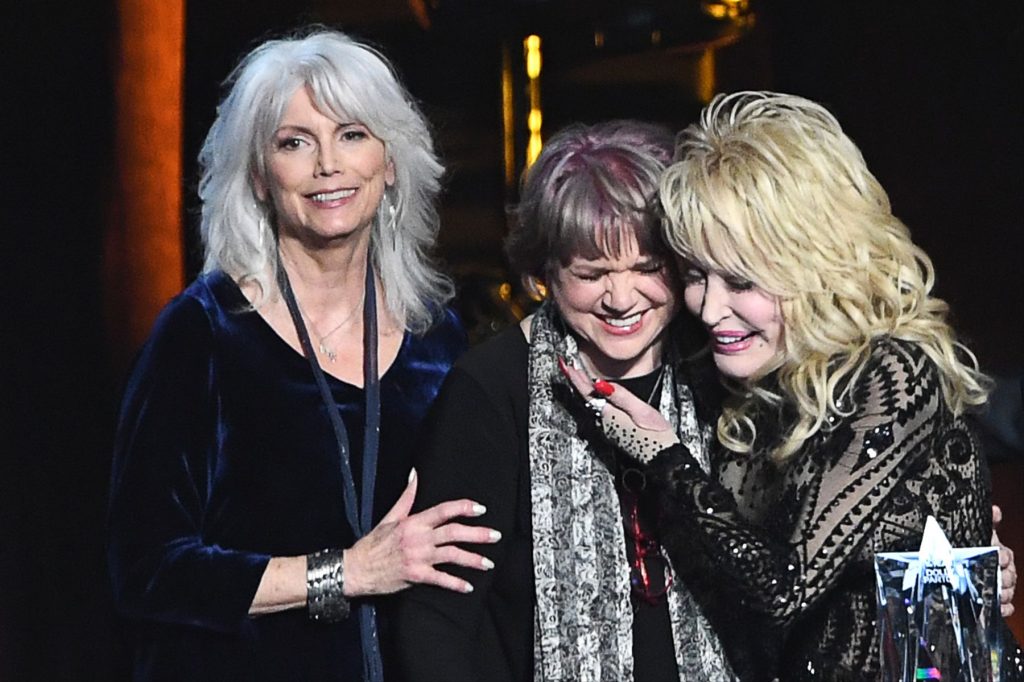 In 2016, her Smoky Mountains Rise telethon raised more than $13 million for her My People Fund, which provided financial assistance to those affected by devastating wildfires in Gatlinburg, Tenn.

“I have been in music for a long time, but it has been in me a lot longer,” Parton said. “I used to stand out on the porch, my Tennessee mountain home, put a tobacco stick down in the crack of the floor, put a tin can on top of it, and pretend that I was singing on the Grand Ole Opry.

“It was my dream, and it was a long, long way from the hills of Tennessee to the Hollywood hills, but it has been a wonderful journey.”

The night was highlighted by all-star collaborations between Willie Nelson and Brandi Carlile (“It’s All Wrong, But It’s All Right); Miley Cyrus and Shawn Mendes (“Islands in the Stream”); Don Henley and Vince Gill (“Eagle When She Flies”); Garth Brooks and Trisha Yearwood (“Old Flames Can’t Hold a Candle to You”); Mavis Staples, Leon Bridges and Jon Batiste (“Not Enough”); Katy Perry and Kacey Musgraves (“Here You Come Again”); and Cam, Jennifer Nettles and Margo Price (“Do I Ever Cross Your Mind”).

Parton shared the finale with Linda Perry performing “Coat of Many Colors.”

CMT Hot 20 Countdown was on the red carpet capturing all the action for an upcoming episode.

The night was one of three major country-focused events during Grammy week in Los Angeles including the Producers and Engineers Wing salute to Nelson and Americana Music Association’s concert tribute to John Prine. 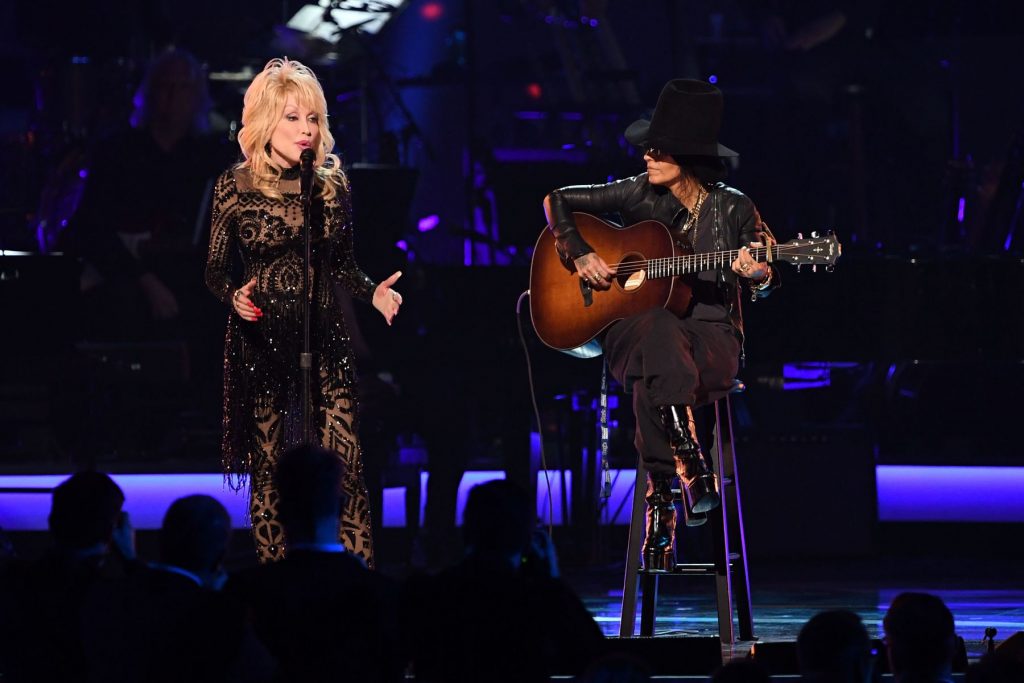 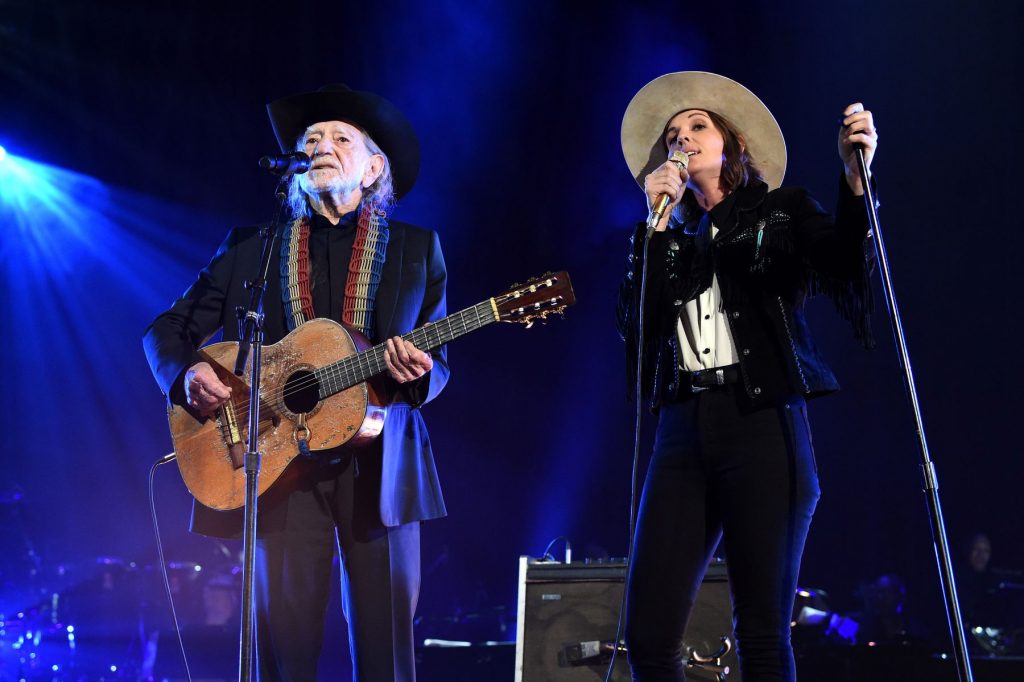 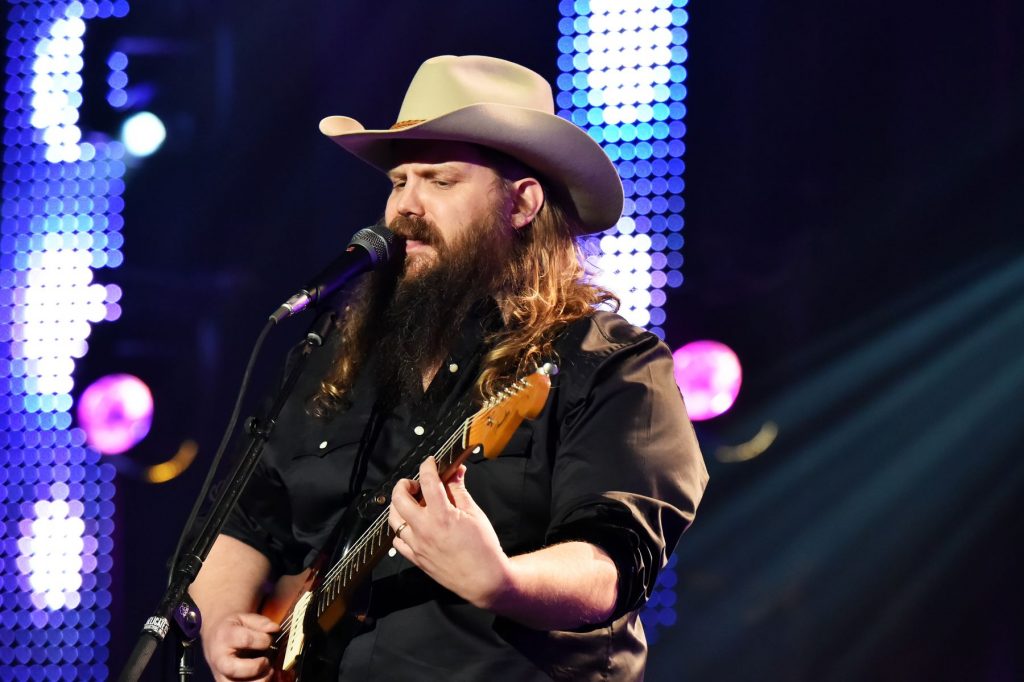 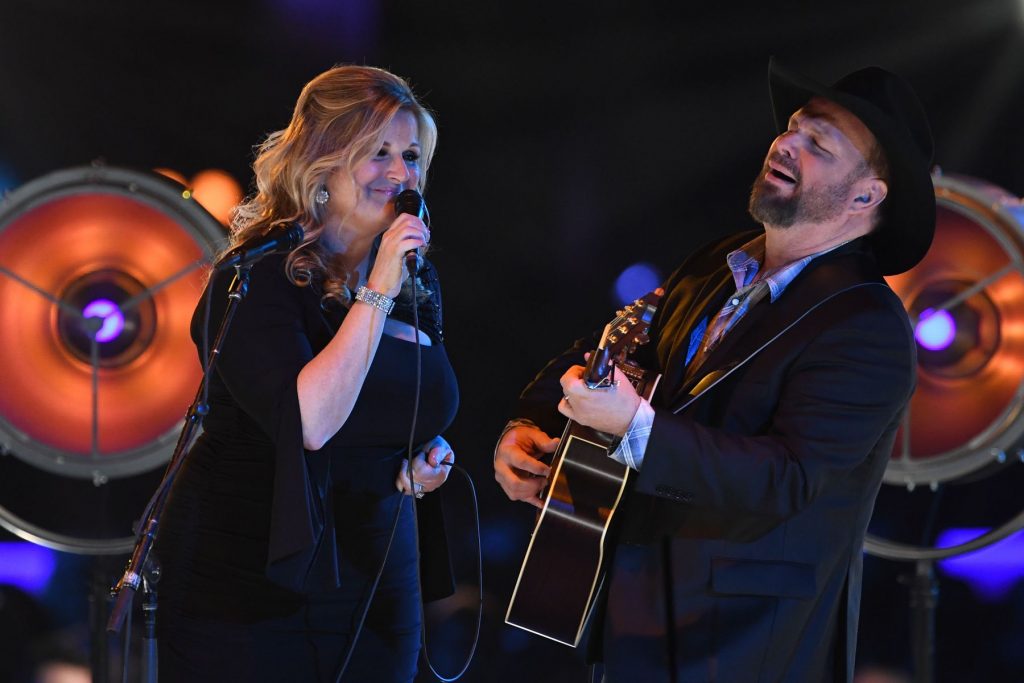 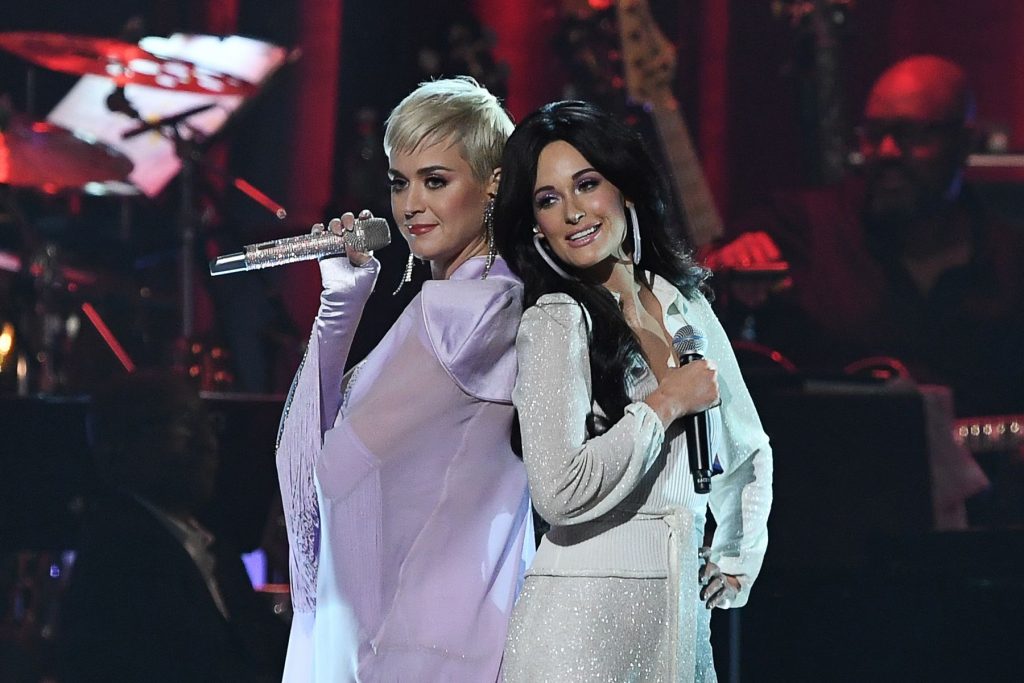 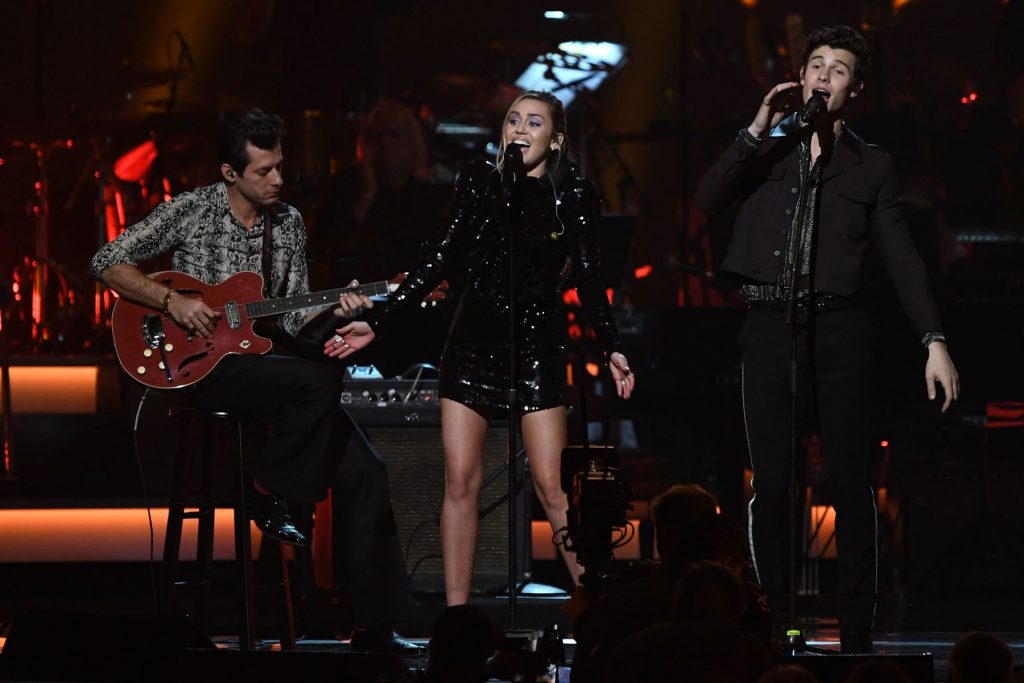 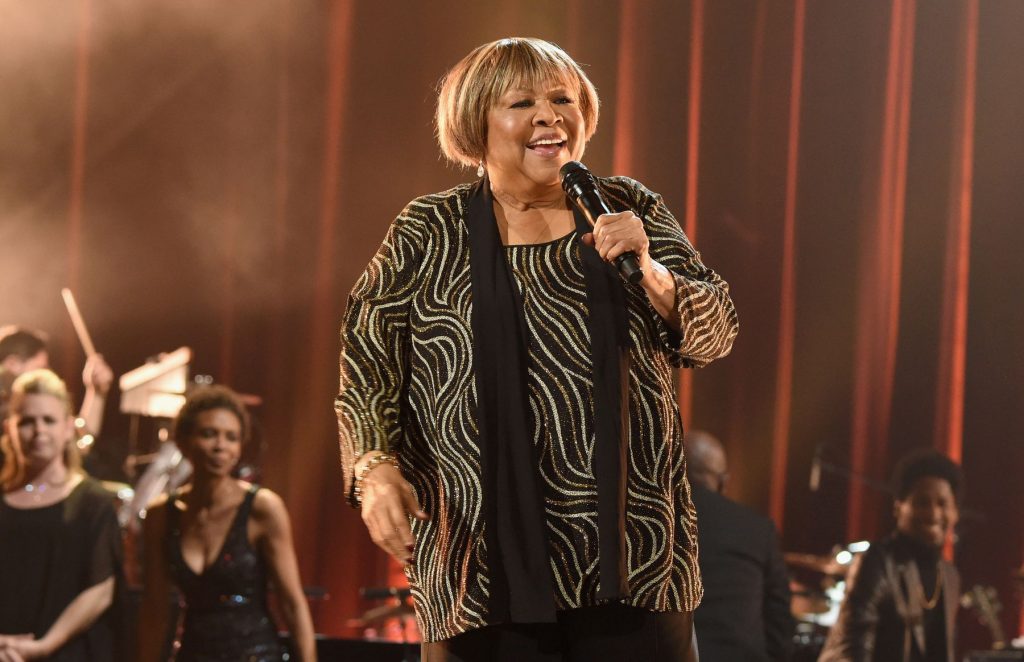 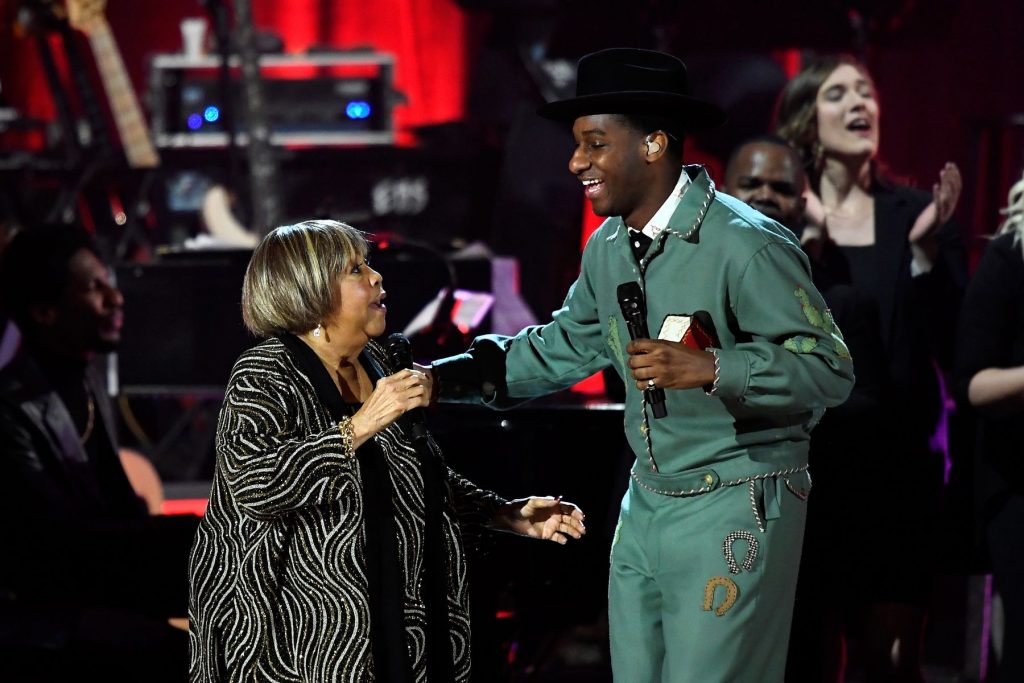 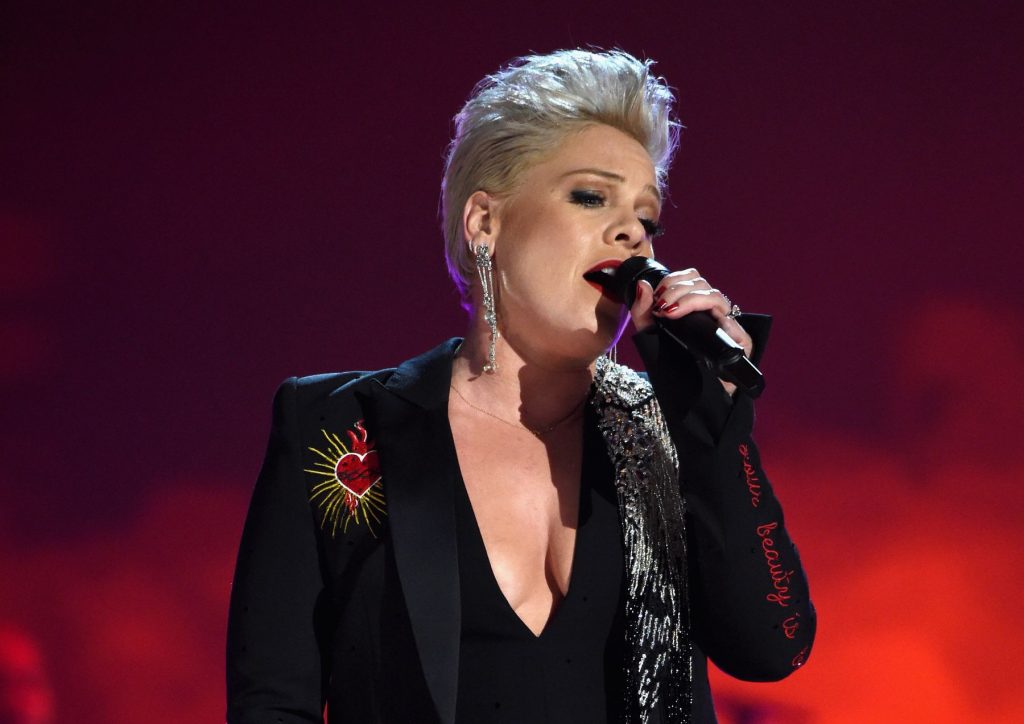