WHen I was in Nashville back in September I had the privilege of seeing Chris Janson live at the Grand Ole Opry. Never had I seen a guy with so much passion, charisma and a love for the fans as well as the music. He had humble beginnings, yet with his rise to stardom, he remains humble himself. As we learn below…

Instead of just sharing a few of his new songs with Nashville insiders, Chris Janson did that one better. He shared the stories behind the songs.

And the result is a detailed look inside the making of Good Vibes.

Leslie Fram, senior vice president of music strategy at CMT, led the conversation at Jeff Ruby’s Steakhouse in Nashville last week. Their topics ranged from Janson’s first co-writes with Guns N’ Roses to his Cracker Barrel harmonica to his Grand Ole Opry induction ceremony. But the two also managed to get into the specifics of a few of the songs from Good Vibes, due out Friday (Feb. 8). What follows is a condensed version of the Q&A. 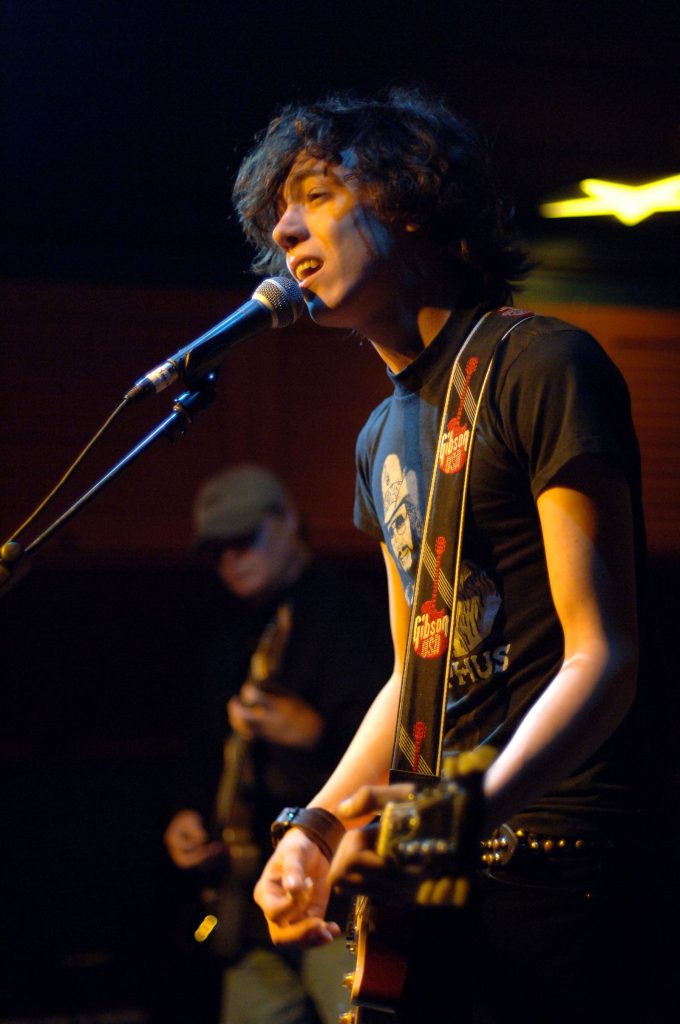 Q. One thing that’s true about you is that you’re a grateful person. You never talk about yourself. That’s what I love about Good Vibes because it’s so positive in such a negative world right now.
A. Some people have trouble talking about themselves. I have songs. Songs and music. It’s how I communicate. When I’m off the mic or off the stage, I don’t even want to talk about me. I am grateful. I do love my life and I do love the Lord and I do appreciate it when people do nice things for me and work hard with my name on it. I am truly grateful for that. “Good Vibes” was written from that place. I wake up just like everybody else sometimes. We’re cranky and we just don’t want to do it and we’re over it and we let people know it. We went to Zach Crowell’s house who is a co-writer on this song and we were not supposed to be writing with Ashley Gorley, we weren’t supposed to be writing together that day, but we all just kind of piled at Zach’s house and just did it impromptu. Everyone was complaining about this, that. I said, “OK, good vibes only.” And Zach goes, “We should probably write that.” It was really just that simple. I always tell people you have to put actions into words and you have to walk it like you talk it. Sometimes when I sing it, it’s sort of subliminally reminding myself. They say when you’re giving someone an uplifting talk that you’re really talking to yourself, and I really think “Good Vibes” is talking to me, too. Every single day, you have the choice to say something really nice to somebody. We just knew we had something, it just felt really right, it felt really good and it felt like no matter the times we’re living in, we’re always going to have ups and downs in life. That is a timeless message. It’s so simple: be nice.

Q. Have you always had that peace? The stories are infamous of you sleeping in your car and playing at Tootsies. What was it like back then and what was your overall feeling?
A. I always felt like I was winning. I felt like I was winning then. I feel like I’m winning now. When you wake up, you’re winning. No big deal. Never in my life have I ever needed anything more than what I had at the moment. I always felt blessed and right where I was supposed to be. I moved here like every small-town kid thinking you came here and got famous really quick, and that was just not the case. I realized you had to go work, but I didn’t know what that work meant. All I knew it was I didn’t have enough money to get an apartment. No big deal, I thought, sleeping in my car. It was second nature to me. When I got the gig at Tootsies, I felt on top of the world. I had never written a song at that point. I was just playing Waylon Jennings and Jerry Lee Lewis and whatever people would request, because if you want to make money on Lower Broadway in Nashville, you have to learn to play for tips. That’s where I learned harmonica. I bought a Cracker Barrel harmonica, I learned “Piano Man” by Billy Joel and my tips started quadrupling. Those humble beginnings? Every day when I wake up, I say I don’t want for anything, but I always do want to succeed better than I am today. I say that with a great peace in my heart, because we’re not really promised walking out of the building and making it to the next destination.

Q. What’s the story behind the song “Check”?
A. People ask me when I write, “How do you know it’s for you or for somebody else?” I always sit down to write for someone else, because that’s the songwriter mentality in Nashville. But (record label executive) Cris Lacy talked me out of that really quick. When I had “I Love This Life” and “How I”ll Always Be” racing against each other, it turned into, “Just hold the songs for you.” Now I write in a totally reverse way: for me first. So “Check” is a song that’s going to be on this album, it was between “Check” and “Good Vibes” for the first single, and I think we made the right one. “Check” is giving songwriters who’ve never had a cut before their first cut. That’s a very humbling thing to know that the project is being put forth in my name, and it is giving a lot of people their first shot. I’m just proud that it’s able to open doors. This song’s one of my favorites. The idea for the chorus came from one of my co-writers Mitch Oglesby — this guy was putting together car doors at Nissan a year ago — and he has a good meter on what I do. I can sing about all subject matters, but I try to do them in a way where it’s also sometimes in third person. Because I don’t drink. So I don’t want to sing, “I drink.” But I can sing, “I can fix a drink.” So “Check” was Mitch’s idea first, and I said, “I just think it would be so cool to put this boom in the box, boon in the docks, hillbilly music.” Everything in that is just true to life. I made it this far on a three-chord song. I don’t do it for the money, I don’t do it for the fame, but I do love the job. And I never got into it for nothing but just loving it.

Q. It’s very everyday man. Some of these songs were autobiographical. Was that easy for you to write about?
A. People sometimes have a hard time talking about personal things to others. I don’t. I’m actually the opposite. I would rather tell you about my personal life in a song and the things I enjoy because they get me excited. I have a hard time writing anything that’s not real. If you know me on a personal level, you know that these things are the real deal. It’s easy to stack songs like that. I write songs like a full-time 9-5:00 staff songwriter every chance I get. I write a lot by myself and I write a lot with my friends. It all starts with a song. 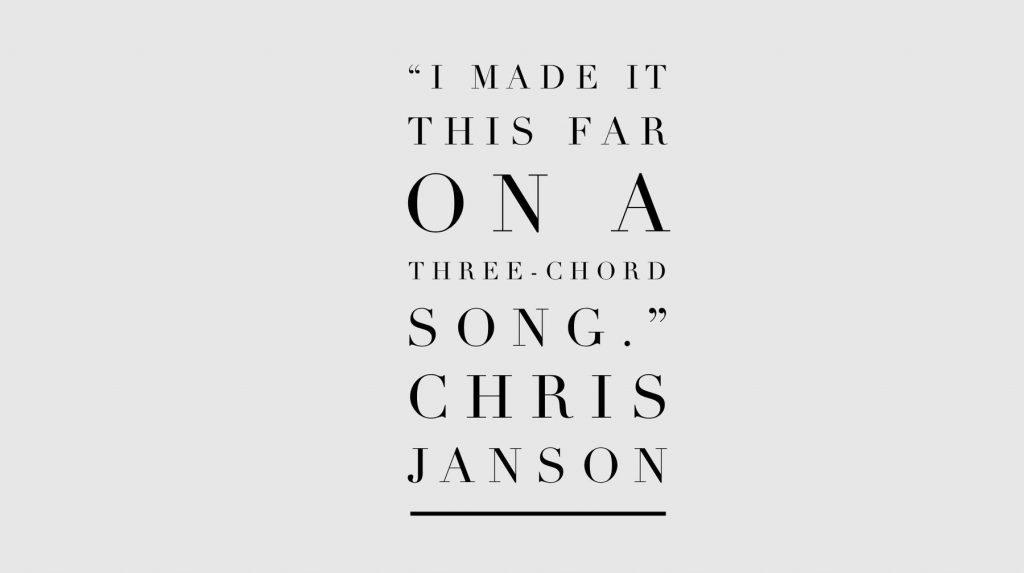 Q. What’s the story behind “Say About Me”?
A. That was one take. Most people write songs and then record them. We actually did the reverse on that, we never wrote a lyric to that. That’s one take of me rapping the whole song. I started it from the top, said what I wanted to say, and Shy Carter goes, “I don’t know what’s happening right now.” We never wrote that song. It just happened. Loud and proud anthem. If you dream big, you win big, and I feel like that song is my dream-big, win-big song. It’s because I see people’s faces reactions to it on the road. And the greatest part about it is I feel like when I’m winning, they’re winning and vice versa. When my people are winning, I’m definitely winning. That’s what the heart of it really means. When you’re on the bottom, you know you’re on the bottom, when you’re on the top, you scream and shout. Every day I’m on top and I just want to tell people, “Isn’t life good? Aren’t we blessed?”

Q. What’s the story behind “Hawaii On Me”?
A. I wrote this song with my wife (Kelly), and Tim McGraw recorded it. I’m glad he didn’t release it, because I’m going to. “Hawaii On Me” is exactly what it sounds like. It’s about someone getting ready to die. And they know they’re going to die, and instead of mourning, they’re throwing a party.

Q. What’s the story behind “Waitin’ on Five”?
A. Craig Wiseman is a fixture in the Nashville songwriting community, and he had “Waiting on five to get started on six.” He included myself, Tommy Cecil and Shy Carter on the song, and we got together and it wasn’t the traditional co-write. I worked on some, Tommy worked on some, Shy worked on some, and we worked on some together. Then we went back and forth on emails and phone calls. How many times in your real, normal, everyday 9-5:00 life are you waiting on five to get started on six? It’s just a true testament to guys like my dad who work a 9-5:00 job every single day and they’re just waiting on six o’clock to roll around so they can do something. I never played it live until just recently, and people immediately started singing with it. That’s how I gauge these things. I gauge songs that are going to go on an album on if they work live or not. Because that’s my main bread and butter. If people aren’t immediately singing along then I think, “OK. Forget it, I’m not doing it anymore.” 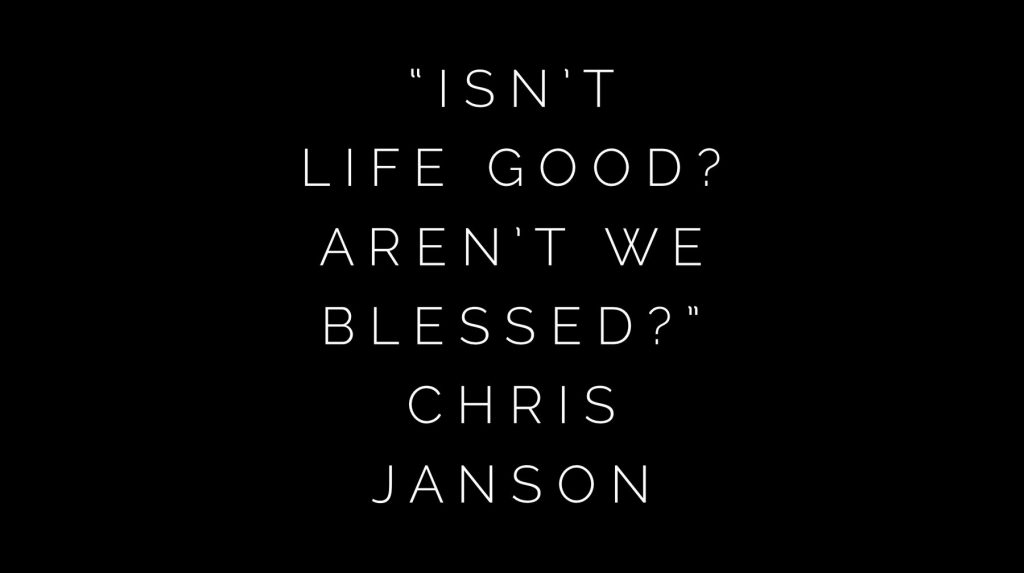