Fresh off the heels of C2C global media giant Bauer Media who locally own Downtown Country, Downtown Radio and Cool FM have this morning announced that they will be launching a brand new country station on the national Digital Radio platform next month.

In a statement from the media group the station known as ‘Country Hits Radio’ will have some of the best in the business on air;

“Country Hits Radio will feature artists such as Keith Urban, Thomas Rhett,Maren Morris, Florida Georgia Line, Dan + Shay and Carrie Underwood, ensuring that the station will be a true celebration of the fastest growing genre of music currently in the UK.” 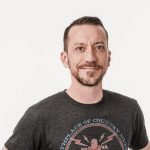 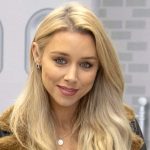 “We are delighted to welcome esteemed country music broadcaster Baylen Leonard (BBC Radio 2, BBC Radio 4) who will host a daily show, fresh from winning the award for International Country Broadcaster at the 2019 CMA International Awards. Bringing his passion and knowledge of country music, Nashville’s Ty Bentli will share the best music and news from the US country scene Monday to Friday and singer-songwriter Una Healy(The Saturdays, The Voice of Ireland) will also join the station for a weekend show.”

The UK contemporary country music scene is growing rapidly and recent the market analysis can show that there are a reported 8.7 million country music fans in the UK, with album sales topping 1.9M in 2017; singles sales up by over 31% in the last six years; and a burgeoning live gig & festival scene.

The station will be on air from 5th April on DAB Digital Radio (England, Scotland and Wales) and online via smart speakers and mobile apps.