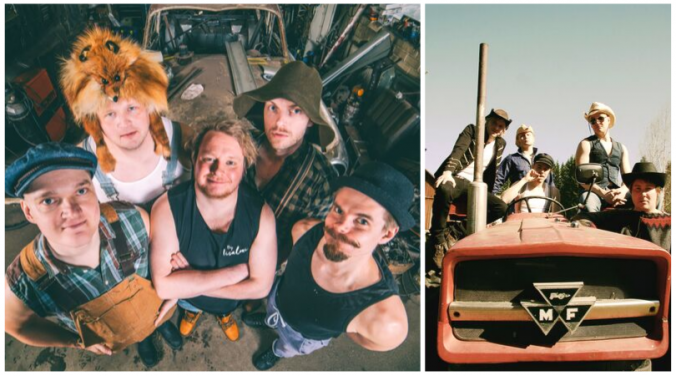 A farming Finnish band, with nearly 100 million views on YouTube, are set to make history as the first band of its kind to play at the Farmer’s Bash in the SSE Arena, Belfast, which takes place on Friday 11th October.

Having originally uploaded their hilariously hillbillified, but air-tightly played, rendition of AC/DC’s seminal “Thunderstruck” on YouTube “just for a laugh” – they soon found themselves in the receiving end of the shock of their lifetimes in the form of millions upon millions of viewers. After a couple more videos, the band grew bigger than had ever been imagined, and has been snowballing ever since.

Known to make the audiences line-dance at some of the biggest rock festivals on the planet, the Farmer’s Bash will be a gig these Finnish rockers can tick off their concert-bucket-list come Friday the 11th October.

Brand new single from @tenilletownes check it out!

Check out our own Chris Armstrong’s Living Room

Podcast 66 is now a go! We're hitting the ground r

Latest podcast from CMNI HQ! Included is our @hale

Check out our interview with @haleyandmichaels rec