The guys at FBHQ have taken their show on the road to give you guys a preview of what’s in store at the SSE next month! The 2019 Farmers Bash Roadshow will take place this Saturday 21st September in the Tower Centre, Ballymena from 1pm. 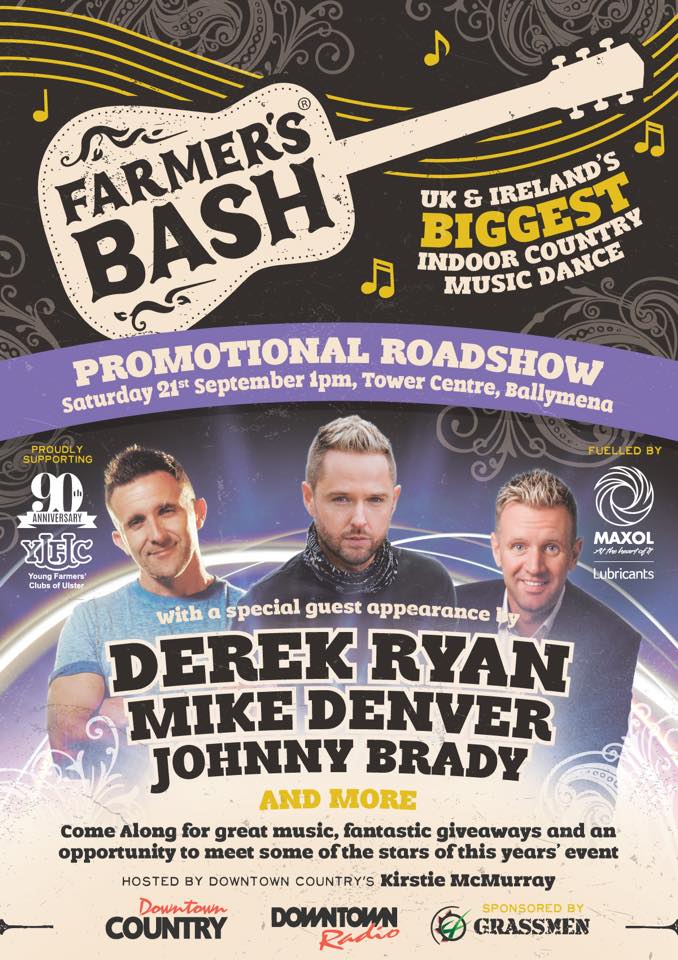 It’s a Promotional ‘Pre-Bash’ Roadshow  with special appearances from headline acts Derek Ryan, Mike Denver and Johnny Brady, before they take to the stage in the SSE Arena, Belfast on Friday 11th October.

The atmosphere at the SSE Arena on Friday 11th October, will once again be exhilarating for Irish country music fans, as the announced line-up for 2019 does not disappoint. Derek Ryan, Mike Denver, Cliona Hagan and Johnny Brady will take to the stage in front of another predicted sold-out crowd.

Joining this fantastic line-up are the much-anticipated ‘special guests’ – this year will include The Wurzels, best known for their Number 1 hit ‘The Combine Harvester’, who are sure to have the country crowd all on their feet. Plus, ‘Global Internet Sensations’ Steve N Seagulls.

Tickets for the Farmers Bash are on sale now via Ticketmaster, and from the SSE Arena website: https://www.ssearenabelfast.com/farmers-bash-2019-sse-arena-belfast