Brothers Osborne have confirmed a headline tour of the UK for spring 2020; this announcement comes in the wake of a triumphant debut appearance at the Download festival earlier this year, plus two previous sold-out headline runs in 2018.

Starting in Birmingham on May 10th, this latest series of dates sees the Maryland natives playing their biggest UK shows to date, including a night at the prestigious Roundhouse in North London – an historic site that has hosted some of music’s most legendary names, including Bob Dylan & The Doors. 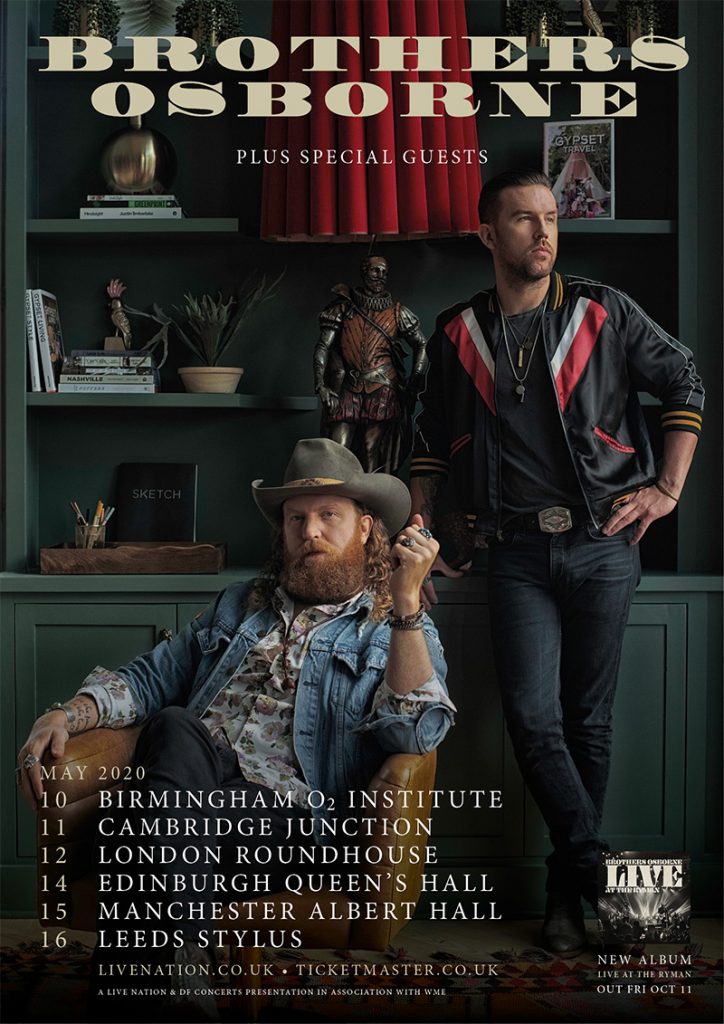 Full list of shows as follows:-
May 10  Birmingham, O2 Institute
May 11  Cambridge, Junction
May 12  London, Roundhouse
May 14  Edinburgh, Queens Hall
May 15  Manchester, Albert Hall
May 16  Leeds, Stylus
A special guest for the tour will be announced in due course. 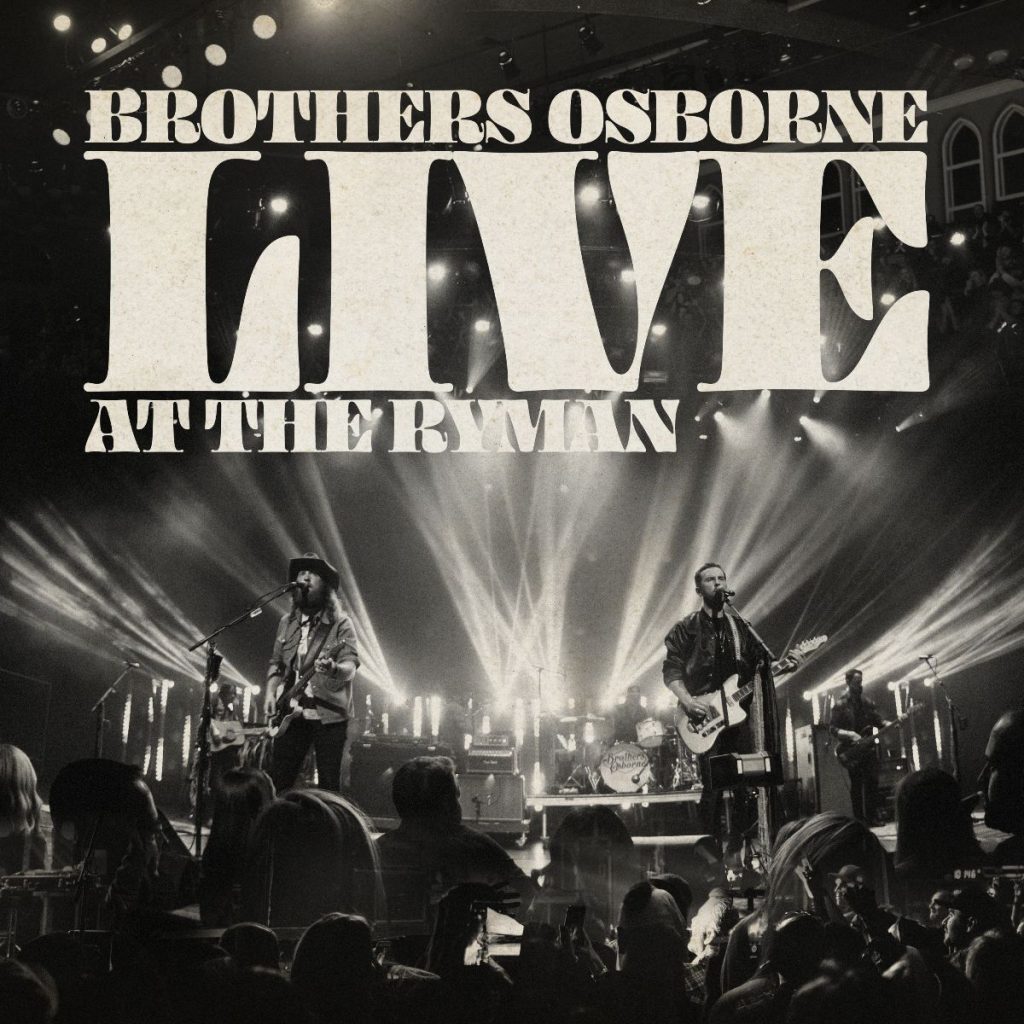 As both a celebration of Brothers Osborne live plus a scene-setter for the headline dates next year, a new album, ‘Live at the Ryman’, will be released digitally on October 11th; the CD format – exclusive to the UK – will follow on October 25th, with the vinyl version rounding things off on November 29th. Snakefarm Records will handle all releases for the UK, with the LP format coming as a 2 disc, coloured vinyl set (one disc pressed onto red vinyl, the other yellow, mirroring the iconic stained glass windows of the Ryman, the acknowledged ‘Mother Church of Country Music’ and occasional home of the Grand Ole Opry)…

Recorded during their incredible three-night, sold-out run at this famed Nashville auditorium in February this year, ‘Live at the Ryman’ features Platinum-certified hits such as ‘Stay A Little Longer’ & ‘It Ain’t My Fault’, which magnificently occupies the whole of Side 4 of the 2 disc set (!), as well as fan favourites like ‘Weed, Whiskey And Willie’ & ‘Love The Lonely Out Of You’. Also featured live and in the raw is John & TJ Osborne‘s US Top 40 single ‘I Don’t Remember Me (Before You)‘, the promo clip for which can be viewed HERE.

Anyone who has ever attended a Brothers Osborne concert will be fully aware that the fans have a key part to play, and these energised and evocative recordings make that very clear indeed. ‘Live at the Ryman’ is spontaneous, loud and best enjoyed with a drink close to hand; that choice is yours, but the Brothers and their regular touring and recording musicians provide plenty of pointers here…

As current reigning three-time CMA Vocal Duo of the Year, Brothers Osborne are nominated for a further 4 CMA Awards this year, including Vocal Duo of the Year and Single of the Year. Overall, the Brothers, now Nashville-based, have collected four CMA, five ACM trophies and stand as five-time GRAMMY nominees.