Celebrated by Sounds Like Nashville as “gospel inflected country metal… full of explosive attitude and featuring a mean streak a mile wide,” the track is featured on Whiskey Myers‘ self-titled and self-produced September 2019 album. Released independently on the band’s own Wiggy Thump Records in partnership with 888 and Thirty Tigers, WHISKEY MYERS earned a No. 1 debut spot on both the Country and Americana/Folk charts, also landing as the No. 2 Rock album, No. 6 on the all-genre Billboard 200 and No. 4 among new releases.

“Self-producing was especially fun on this song,” shares lead singer Cody Cannon, who penned the track. “We got to really push the limits to find a sound that matches the song’s message of working hard even when things don’t go your way and not letting anyone or anything bring you down. Hopefully people can relate to that and really feel something when they hear it.” 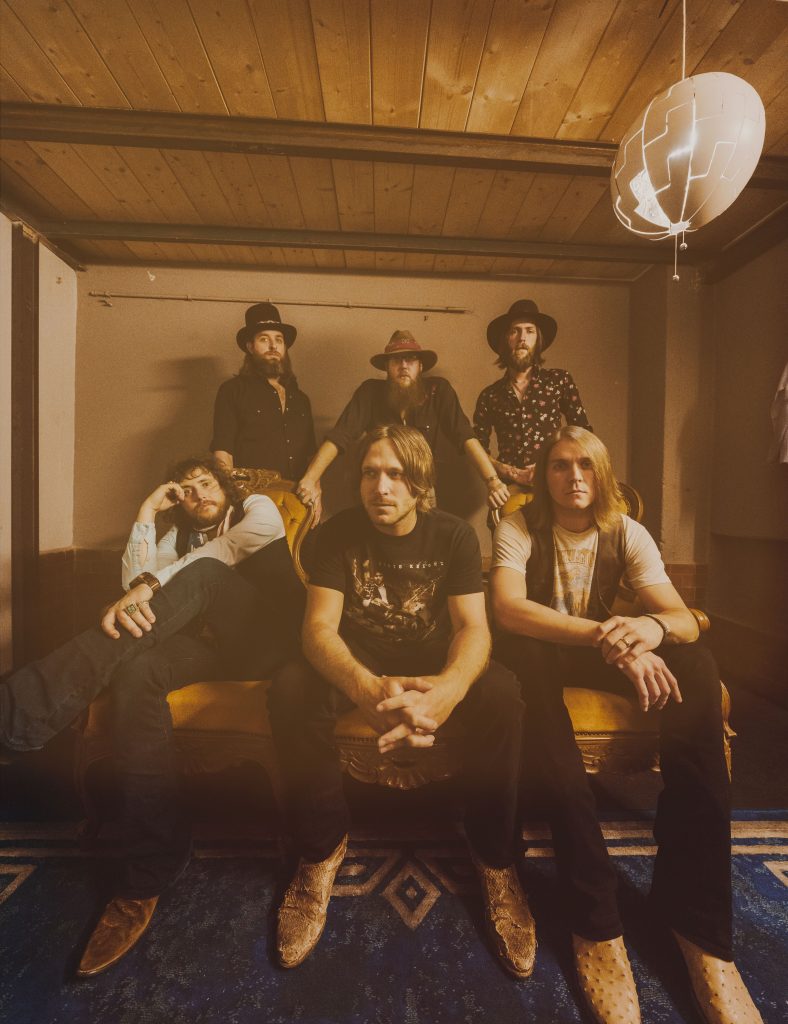 The road-tested band – whose 2019 touring schedule featured 130 shows (including a 15-date/8-country European run), an at-capacity Stagecoach Festival set and a massive stadium show with The Rolling Stones – also kick off 2020 with 100% sell-outs at all headlining shows thus far.

For more information and to purchase tickets, visit www.whiskeymyers.com and follow on social media @WhiskeyMyers.

About Whiskey Myers
Genre-bending band Whiskey Myers have played nearly 2,500 live shows since their emergence in 2007 and have sold out 95% of their headlining shows over the past two years to ever-increasing crowds. Their self-produced fifth studio album, WHISKEY MYERS, out now on the band’s own Wiggy Thump Records, debuted atop the Country and American/Folk sales charts, at No. 2 on the Rock chart and No. 6 on the all-genre Billboard 200 chart. The self-titled project follows their most recent album, Mud, which reached No. 1 on the iTunes country chart with single “Stone” hitting Top 10 all genre. USA Today describes the band led by frontman Cody Cannon as “a riff-heavy blend of Southern rock and gritty country that has earned comparisons to the Allman Brothers Band and Led Zeppelin,” with Rolling Stone noting “it’s the seminal combination of twang and crunchy rock & roll guitars that hits a perfect sweet spot.” The band has also earned sync success with features in Seasons 1 & 2 of Paramount Network’s Kevin Costner hit show “Yellowstone” as well as the Renée Zellweger-led Netflix series “What/If.”